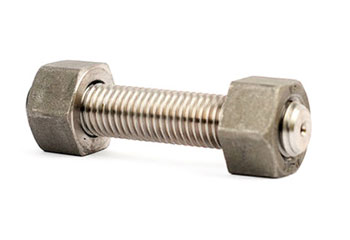 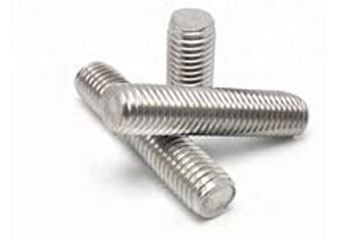 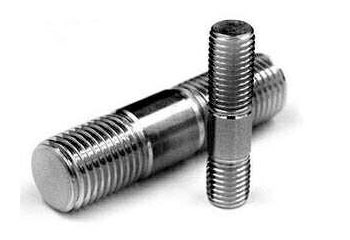 We, Siddhagiri Metals and Tubes, are one of the oldest Stainless Steel Stud Bolt Manufacturers and we deliver products of the highest quality, meeting international standards, to clients all over the world. Stainless Steel Bolts and Stainless Steel Stud Bolts are considered to be threaded fasteners that can be mated with a nut and a stud is a headless fastener that is externally threaded. One end of the stud will mate with a standard nut and the other end will mate with a tapped component. But the big problem here lies in deciding whether to use head studs or Stainless Steel 304 Stud Boltsfor the engine of an automobile and the truth is that this decision would ultimately affect the running of the automobile. Though bolts and studs are both fasteners and both serve the same purpose, there are a few differences between the both of them and these make them very distinct from each other. One difference between Stainless Steel bolts and studs is that bolts always have a head, but studs have no head. Another big difference between the two is that studs quite often tend to have the shaft’s mid section unthreaded and both ends of the studs are threaded. But in the case of bolts, these are fully or partially threaded.

Just as is the case with bolts, similarly, Stainless Steel Knurled Stud Bolts, so as to enhance their structural strength, are subjected to treatment under high pressures. So as to make them concentric, Stainless Steel Metric Stud Bolts have to undergo very careful shaping, involving a series of cuts, which ultimately produces a component that is balanced and straight. Either after heat treatment or prior to heat treatment, these Stainless Steel studs can be rolled, but when post-heat treatment is done with these studs, it results in the studs getting higher stress tolerance and higher mechanical strength. Some of these Stainless Steel Double End Threaded Stud Bolts have been designed with considerations being given to cylinder alignment and gasket alignment and as a result, these types of head bolts are more expensive than their counterpart head bolts.

In appraising the various benefits associated with Stud Bolts For Stainless Steel Flanges, there are certain factors that have to be taken into consideration. A couple of these factors are the engine’s acceleration potential and power, these go a long way in determining which type of Stainless Steel head fastener is going to be used. For instance, the fastener needs of a vehicle that has been designed for daily use, will be totally different from the needs of that of a race car. Other factors that go into determining which kind of Duplex Stainless Steel Stud Bolts will be used, are things such as the overall performance of the engine, the alignment of the gasket, the torque pressure and also the ease at which the engine can be assembled and disassembled.

The design of M16 Stainless Steel Stud Bolts, gives a lot of focus on convenience and stability. Some of these types of head bolts have flange dimensions that are very wide and because of this, during the process of carrying out the maintenance of cylinders, the need to remove the valve train or the bolt, is almost as good as eliminated. To increase the integrity of bolts of engine heads, it is good to cold-fabricate them. Also, more often than not, these engine head bolts, like 316L Stainless Steel Stud Bolts, tend to be thermally treated, prior to having threads cut into them or prior to they being machined. These types of Stainless Steel bolts are very often obtainable packaged with hardened nuts or washers and they afford excellent durability and strength.

Whether you are hunting for Stainless Steel Nut Bolt Manufacturers Mumbai or even though you might be seeking Stainless Steel Bolts Manufacturers in India, look no further. Whatever are your requirements for stainless steel bolts or studs, you can be sure that we can meet all your needs. Our products meet international and national specifications and we guarantee you of the best market rates. Be sure to call us and tell us your needs for Stainless Steel Stud Bolts And Nuts, we assure you of the best deal you can get. 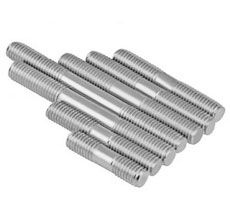 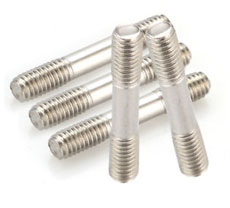 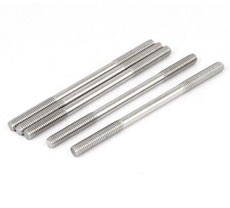 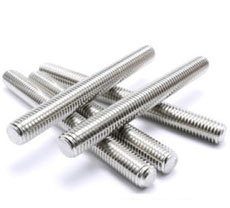 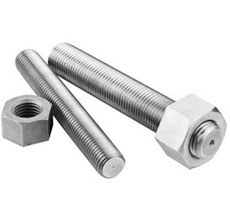 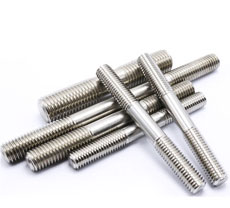 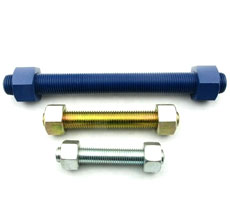 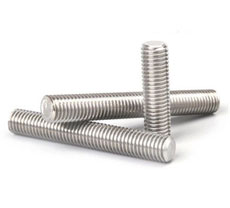 Manufacturer and exporter of Stainless Steel Threaded and Weld Studs in ASTM A193 Grade B8/ B8M grades, buy all size and dimensions at lowest price in Mumbai

Stainless Steel Stud Bolts is the core product of Siddhagiri, take a look where we supply